Getting you to/from Paphos airport on time & in comfort 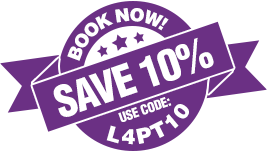 Airport Transfers to and from Paphos Airport

Your personal email address will never be passed on to 3rd-parties.

Cyprus is an island steeped in history and a rich culture that spans 10000 years, which makes it one of the oldest civilisations in the Mediterranean. It’s the third largest island in the Mediterranean and a fantastic year-round holiday destination, which appeals to couple, groups, and families of all ages.

It’s said to be the mythical birthplace of the Greek Goddess of love ‘Aphrodite’, ‘Petra tour Romiou’ is also known as Aphrodite’s Rock and is a stunning geological formation of huge rocks along one of the most stunning coastlines on the south west part of the island near Paphos.

Cyprus became divided in 1974 and the Green Line (patrolled by United Nations a no-man’s land) which stretches from East to West Coast became impassable. This line divides the island between southern Greek Cyprus and norther Turkish Cyprus and runs through the middle of the Capital City Nicosia. Nicosia is a beautiful city steeped in history and worth a visit during your stay.

The West Coast is serviced by Paphos Airport a namesake to Paphos Town, which has been inhabited since Neolithic times. Paphos is divided into 2 parts, Palaepaphos (Old Paphos) and Neo or Kato Paphos (New Paphos). The historic city has still retained its old-world charm and has been declared a wold heritage site by UNEACO. A stunning harbour and the ancient ruins of tombs, fortresses, and theatres.

Further afield is Aphrodite’s Water Park and Aphrodite Hills a 5-star popular resort. There are many much smaller villages and dedicated areas popular with those wanting to have a more relaxed time including; Aghios Georgios [Pegeias), Askou, Chloraka, Coral Bay, Columbia, Geroskipou, Kissonerga, and Peyia. The West Coast has regular spectacular sunsets and there’s many tavernas, bars and beaches to sit and watch the Sun being swallowed up by the clear waters.

Get the best Paphos airport transfers price by pre-booking with Looking4Transfers and save time, money, and hassle when you land at the airport.

"The transfer time from Paphos airport to King Jason hotel was quick and was air conditioned."

SOME OF OUR TRUSTED PAPHOS AIRPORT TRANSFER PARTNERS